As part of my role in Constellations, I have taken on the responsibility of pushing forward awareness, understanding and support for those affected by autism.  NH had a wonderful group of dedicated parents and advocates who pushed through Connor’s Law (2010 HB 569) but we have seen a drop-off in advocacy efforts since then.  That said, I’m proud to say that the torch has been once again picked up and there is again a solid group of advocates that are steadfastly pushing for stronger support and knowledge throughout the State’s support system and beyond.

This year alone has seen some dramatic developments with insurance reform at the state level.  I’ve bulleted out some of the highlights below and will continue to fight for funding and support for evidenced-based education and ABA therapy.  If you’d like to help or know of a contact or effort that I may not be aware, please contact me at tim@constellationsbehavioral.com .

·         Anthem BCBS NH was able to convert Connor’s Law’s $36,000 limit on ABA Therapy to a mere 360 hours for 2013 and the first half of 2014.  I’m excited to say that they have announced that annual caps on ABA will be eliminated for small group plans on 7/1/14 and on individual plans as of 1/1/15.  This is a monumental shift for them and we look forward to further improvements in their policies towards ABA and ABA providers. Read the notice to providers at: http://www.anthem.com/provider/nh/f5/s1/t0/pw_e218354.pdf?refer=ahpprovider&state=nh

·         Harvard Pilgrim appears to still be issuing plans in 2014 with the annual cap to ABA benefits as prescribed by Connor’s Law but may not be in line with ACA.  An effort is currently underway to explore whether this is justified or not.

·         NH Medicaid is currently evaluating how to add ABA as a covered benefit for their members per advice from CMS at the Federal level to all states.  A working group has formed and is meeting soon to begin the discussions of this vitally important effort. http://www.medicaid.gov/Federal-Policy-Guidance/Downloads/CIB-07-07-14.pdf The NH Disabilities Rights Council (DRC) has asked that families with Medicaid who have been denied coverage for ABA be aware of their rights of appeal as they are entitled to these benefits now.  If you have questions or would like assistance in the appeal process, you can reach the DRC at www.drcnh.org.

·         Mainecare has very recently opened up another Section of Medicaid (Section 32) which among other things provides for additional funds for consult, including consult by a BCBA.  The program will be limited to 40 families for this year.  Details of the selection process are not yet available.

·         Tricare announced in July that the three programs they had developed for active duty and non-active duty military families are being consolidated into one streamlined program, TRICARE Autism Care Demo (ACD).  There will not be an annual cap on the program.  Families currently enrolled in one of the existing programs will be converted to the new plan by 1/1/15.  You can read more on this at www.tricare.mil/ABAPilot072314.

·         ABA International (ABAI) proposed standardized billing codes for ABA Therapy to the American Medical Association (AMA) this year.  The AMA has published CPT codes specific to ABA providers thereby validating the service as medically necessary and negating the argument that ABA is an “experimental” therapy.  These new codes are considered temporary while the ABA field and insurance companies process the implications.  The main benefit to having standardized codes would be to eliminate the confusion and delay in forming new relationships with insurance companies and establishing pre-authorization for clients.  I am not aware of a NH insurance company that has adopted these codes but look forward to future developments.

As you can see, it’s been a very dynamic and positive year for the field of Behavior Analysis.  Many elements are still being evaluated but the conversation has shifted from “What’s best for children with autism?” to “How do we add ABA to our network quickly?”  I look forward to next year’s developments with great optimism but it is important to remember that awareness and implementation of ABA Therapy programs in NH continues to be vitally important.

Our state and local officials need to hear from you regarding your concerns and needs.  They use the complaint and appeal processes to determine what needs attention so without complaints begin filed with the Department of Insurance and appeals being sent to your NH Medicaid Managed Care Organization (Wellsense/ NH Healthy Families) their thought is that there are no problems.  Reach out and make your voice be heard.  ~Tim Heald

“Never doubt that a small group of thoughtful, committed citizens can change the world; indeed, it's the only thing that ever has.” ~ Margaret Mead

Social Skills 1:1 ABA
Recent news releases from the NH Department of Insurance as well as others have announced several new options that have been recommend to CMS for next year's NH... 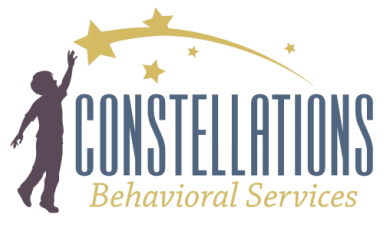 As many parents hear upon diagnosis and the onset of treatment, an early intensive behavioral model, involves a full time, busy schedule, but for a reason. This model...